Faith Hill turned 55 on Sept. 21, and her husband — who’s also happens to be her frequent duet partner and “1883” co-star — celebrated the big day on social media.

In a tender message he shared on Instagram, Tim McGraw wrote of his devotion to the woman he married nearly 26 years ago.

“Happy birthday!!!!! My best friend / My soul mate / The love of my life,” he began. “I can’t believe that I get to spend my days and nights with you for the rest of my life!” 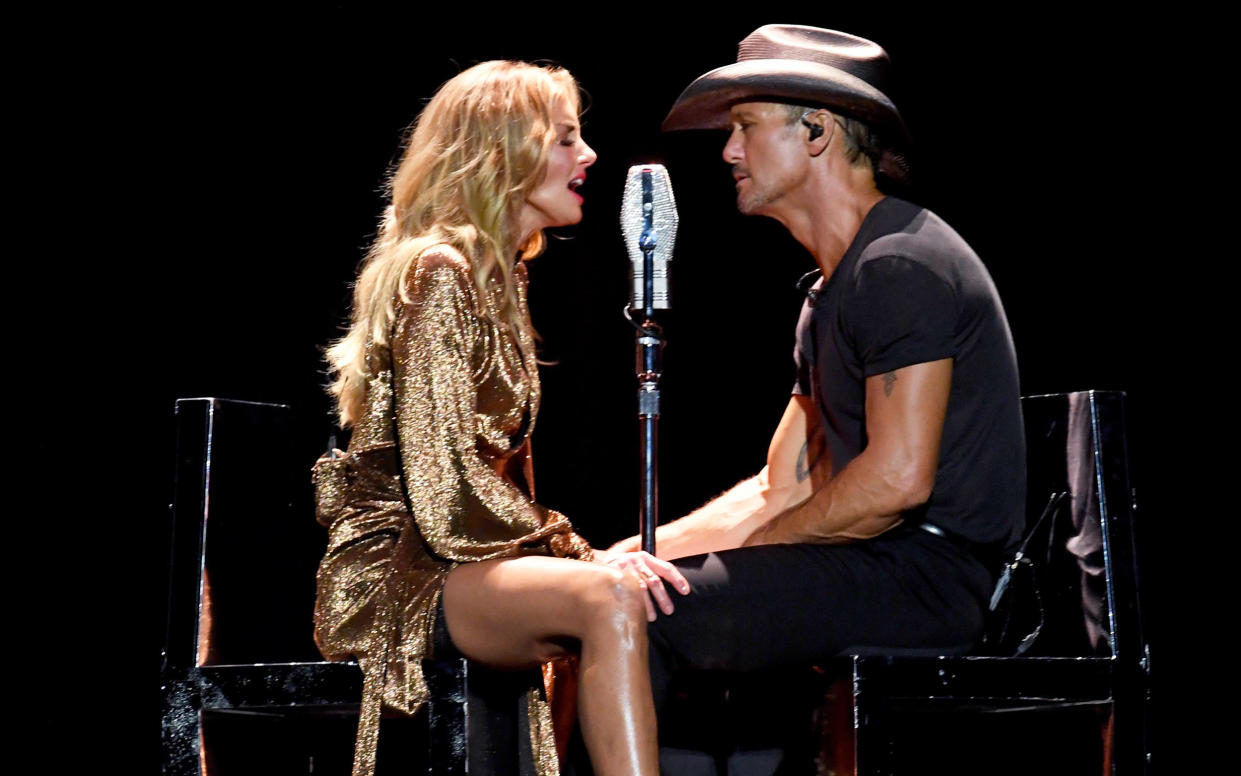 His words were accompanied by a video montage of Hill, all set to his 1999 hit “My Best Friend.”

“You are such a remarkable person and our 3 daughters could not have a better role model in their lives,” he added. “We love you baby!”

Hill responded to the post with a trio of romantic emojis: “

This isn’t the first time McGraw has shared sweet sentiments about his wife on social media. In October 2021, to mark their 25th anniversary, he wrote about how important their wedding day was to him, and he even revealed to his fans and followers just how hard he had to work to make that day happen.

“We had dated for a while. I actually asked her to marry me quite a few times, but she kept saying no,” the 55-year-old explained in an Instagram video. “She said, ‘I’m not gonna get involved with another country singer. It’s just not going to work out.’”

Eventually, persistence paid off for McGraw, who popped the question one more time just before going onstage at the 1996 Taste of Country Music Festival in Grand Junction, Colorado.

But Hill still made him wait for his answer until after he finished his set.

“I came off the stage and went back into my dressing room and Faith wasn’t there, but I looked at the mirror; in lipstick it said, ‘Yes! I’m gonna be your wife,’” he recalled. “And we still have that mirror. And it was the best day of my life, that’s for sure.”

This article was originally published on TODAY.com

Putin squirms as Lukashenko rants about men fleeing from mobilisation

Government ‘shutdown’? Most of the government would keep functioning and furloughed workers are paid back