Celebrity chef Mario Batali has long been known for the bright orange Crocs that he once wore everywhere, and for the celebrities, such as Gwyneth Paltrow and Jimmy Fallon, who often flocked to his side. But to the employees who worked inside his restaurant empire, he was known for something else.

“He would hug you or kiss you or put his hands around your waist … or touch your hips,” Trish Nelson, a former server at now-shuttered New York City restaurant the Spotted Pig, in which Batali was the primary investor, says in Discovery+’s new documentary, Batali: The Fall of a Superstar Chef, which is available now. “We called him the red menace.”

Nelson is one of several former employees of Batali’s eateries who alleges in the doc that the restaurateur, once behind dozens of venues, a co-host on TV’s The Chew, the face of Eataly and, really, the creator of an entire food empire, had engaged in sexual misconduct over the years. They described instances in which he had said sexually suggestive things to them or become — as one of his former restaurant partners, Steve Crane, put it, “touchy feely” — or worse. 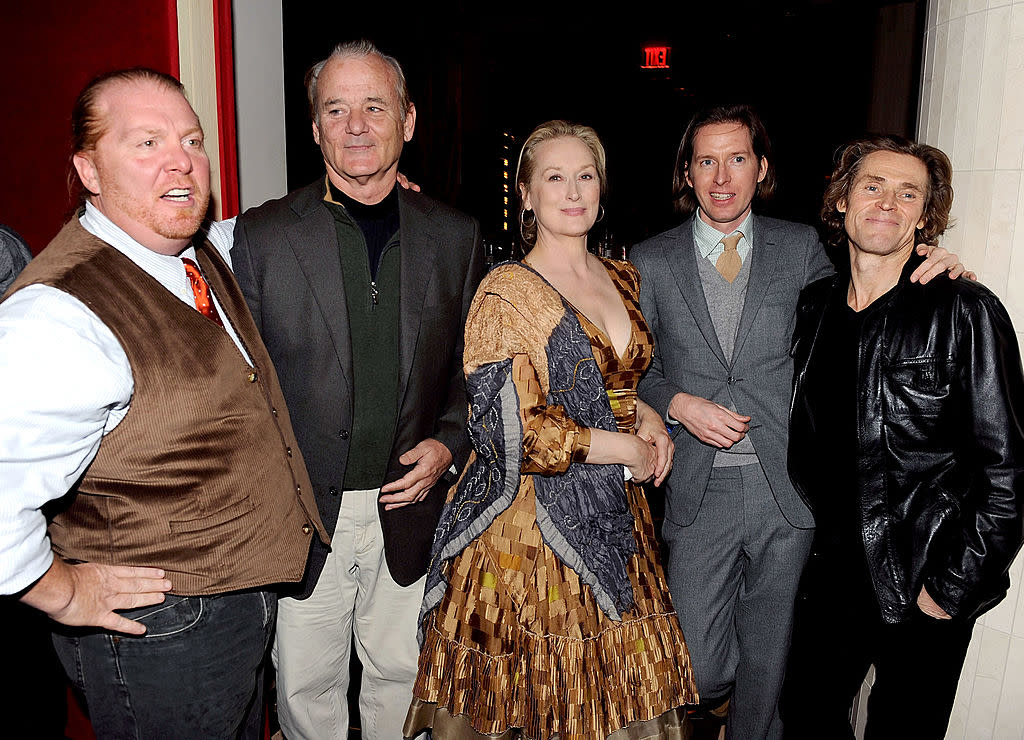 They described a man with two distinct sides: one who was charming and gregarious and another that came out after he drank too much. That guy, who surfaced as the night progressed, was lewd and sleazy. Workers said they felt trapped and unheard, because the restaurant industry wasn’t equipped to deal with their reports of sexual misconduct.

Nelson, for instance, recalled a night when she was bringing drinks to Batali’s table of seven. She could only carry six drinks, so she assured the seventh person that she would come right back with his. In front of everyone, she said, Batali told her that, if she sat on the man’s face, she would “come again and again.” Other women recounted that Batali had grabbed their breasts or behinds on multiple occasions. 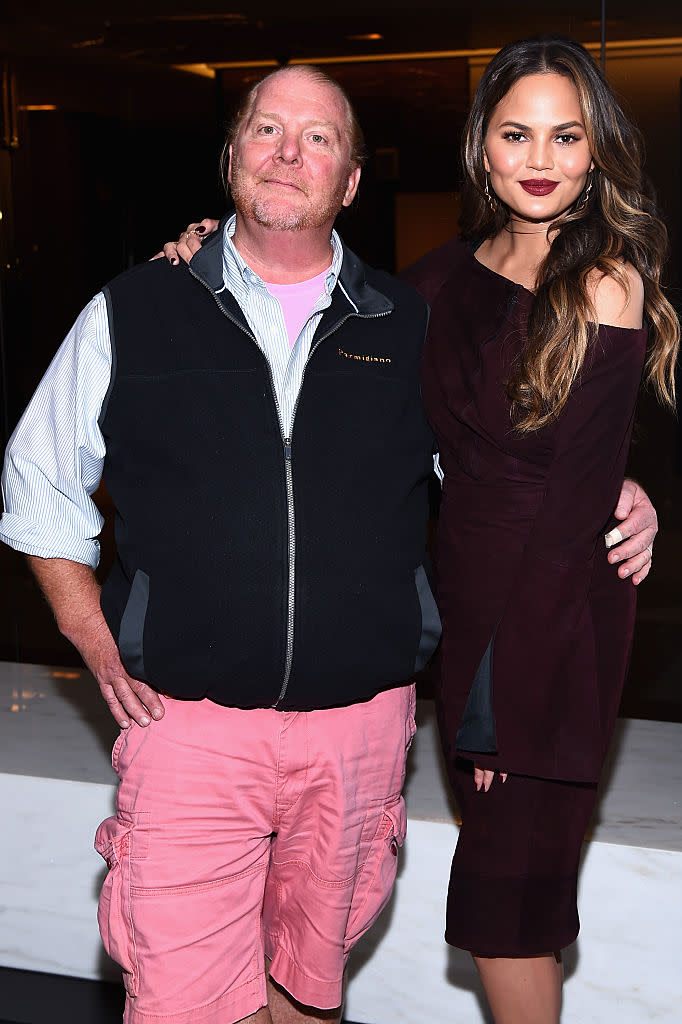 There were also fans, like Sharelle Klaus, the co-founder of Dry Soda Co., who alleged that Batali had inappropriately touched them in brief encounters.

“He asked me if I wanted a picture with him,” Klaus said. “And as they were taking the picture, he reached his hands down into my pants underneath my underwear and grabbed my ass.”

Eva DeVirgilis, a former hostess at Batali’s New York City restaurant Babbo, revealed herself publicly as one of Batali’s accusers in the documentary. She told her story in an interview with 60 Minutes in 2018, but her face was obscured then. Not this time.

DeVirgilis alleged that, in 2005, she agreed to go with Batali to the Spotted Pig after her shift, expecting other people would go, too. But her boss ended up picking her up in a limo and whisking her to a candle-lit banquette, where she drank wine and blacked out.

“And then I have a moment, a flash, where I’m being kissed by him very, like, hard. And then I have another flash where I’m throwing up in a toilet. I sense that he’s behind me,” DeVirgilis said. “And then there was nothing. And then I woke up… on a floor, hardwood floor. I had no idea where I was.”

Immediately, DeVirgilis said, she thought she had been drugged, because she usually didn’t end up sick or blacked out while drinking. She also said that she found scratches on the insides of her legs and something that could have been semen on her skirt. So she went to Mount Sinai Hospital and had a rape kit done, but declined to go to the police, because she was worried about her potential to get a job in the industry if she told her story. She gave notice and left Babbo.

Batali issued a controversial apology for past behavior in Dec. 2017, as Eater published four women’s accusations against him, but he also has denied all allegations of sexual assault. He declined to be part of Discovery+’s new documentary, and Yahoo was unable to reach him for comment.

But Batali: The Fall of a Superstar Chef explains that he was only part of the problem in an industry that long allowed bad behavior by many to go unchecked. As several journalists who covered alleged sexual misconduct by Batali — Julia Moskin and Kim Severson, of the New York Times, and freelancer Irene Plagianos, who wrote about the celebrity chef for Eater — explained in the documentary, their reporting on him came about in the wake of the Harvey Weinstein scandal and the #MeToo Movement.

After their reports emerged in 2017, Batali’s deals vanished. 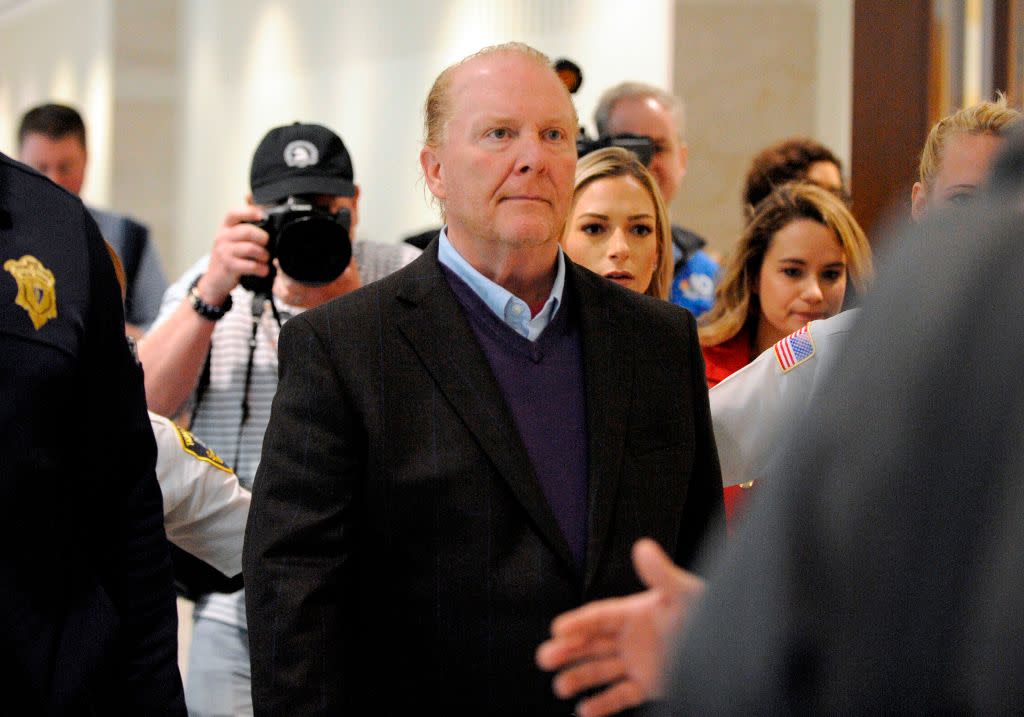 New York Attorney General Letitia James eventually investigated the Spotted Pig and the restaurant group co-owned by Batali, where she found wrongdoing. While Batali was not charged with a crime in New York, he was charged with indecent assault and battery in Boston for forcibly grabbing and kissing Natali Tene at a local bar in 2017.

“I’ve never been touched before like that,” Tene had testified, “like squeezing in between my legs, squeezing my vagina to pull me closer to him, as if that’s a normal way to grab someone.”

The judge found that Tene had “significant credibility issues,” because of text messages she had sent about the encounter with Batali and because of her behavior as a juror in another case, and Batali was found not guilty in May.

He also has settled multiple civil lawsuits related to sexual misconduct in the past few years.

Batali: The Fall of a Superstar Chef is currently streaming on Discovery+.

What does annex mean in war?